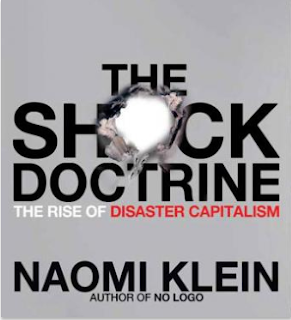 I wrote about Naomi Klein and her book The Shock Doctrine for the first time twelve years ago, relating it to Hurricane Katrina. That was the natural disaster that was bound to trigger corporate takeovers, in that case, public education.

The quote I put into that post is equally relevant today:


That is how the shock doctrine works: the original disaster ... puts the entire population into a state of collective shock. ... Shocked societies often give up things they would otherwise fiercely protect. (p.17)

In the corpocratic state we live in today, a natural disaster like this unique virus has already given us:

In other words, a perfectly shocked society that is ripe for giving up things it would otherwise fiercely protect.

Trump has always wanted to shut the borders to certain kinds of people, and the virus is perfect for going in that direction. He also called for a big tax cut a couple of weeks ago.  According to an MPN report, the Bank Policy Institute recommended “that the Federal Reserve lower capital requirements to zero. This would mean banks could lend an unlimited amount without having any assets or wealth to back it up.” That’s fun.


History is a chronicle of “shocks”—the shocks of wars, natural disasters, and economic crises—and their aftermath. This aftermath is characterized by “disaster capitalism,” calculated, free-market “solutions” to crises that exploit and exacerbate existing inequalities. ...

Trump has proposed a $700 billion stimulus package that would include cuts to payroll taxes (which would devastate Social Security) and provide assistance to industries that will lose business as a result of the pandemic. “They’re not doing this because they think it’s the most effective way to alleviate suffering during a pandemic—they have these ideas lying around that they now see an opportunity to implement,” Klein said.

She either quotes or paraphrases Klein when she also says: “This combination of forces has delivered a maximum shock. It’s going to be exploited to bail out industries that are at the heart of most extreme crises that we face, like the climate crisis: the airline industry, the gas and oil industry, the cruise industry—they want to prop all of this up.”

And I believe the super-corporate Democratic machine is also enjoying the chaos, offering Biden up to the electorate to keep the entire upper strata of the country financially very happy and selling the lower 99% the idea that it’s much safer to keep the status quo (= Obama years) than try for real reforms that might actually help people.

More and more links are cropping up about Klein’s shock doctrine theory.

Inequality: “The 2008 financial collapse would vividly illustrate the dynamics Klein so powerfully described. The Wall Street giants whose reckless and even criminal behavior ushered in that crisis ended up, after the dust settled, even bigger and more powerful than before the crisis began.”

Daily Kos: “And this COVID-19 crisis is yet another example of how the government bails out the rich, while everyone else suffers.”

Related post in EdNotes, quoting Farhad Manjoo in the Times: "... this is America, and forgetting working people is just what we do."

Hopefully the country will get a grip and realize that the proverbial rug is ready to be pulled out from underneath them in so many regressive socio-economic ways. 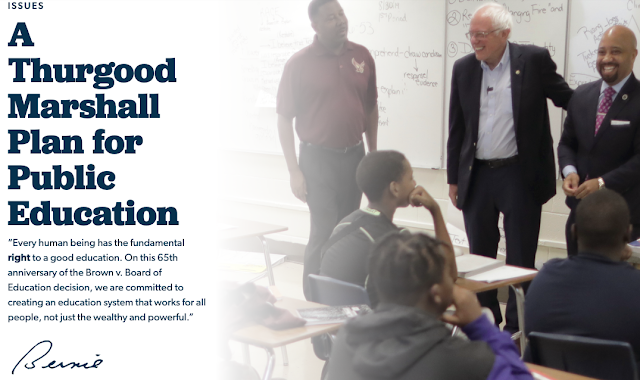 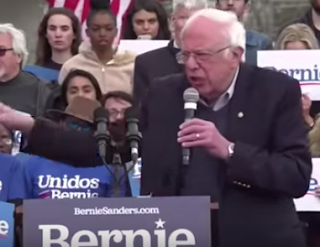