A media of our own 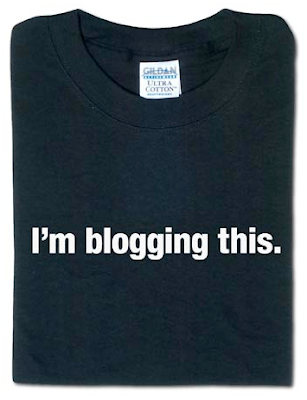 If New York City teachers have something to say, some of them at least will say it. And they’ll get the approval of the silent majority, who either don’t trust themselves in print or fear for their jobs. That’s the climate in the BloomKlein culture, and we shouldn’t forget that it hasn’t always been that way.

It's not that there hasn't always been edopinion and edcommentary in this city, but it’s been limited. Sure, the caucuses have flooded the delegate assemblies with handouts and stuffed position papers into mailboxes at election time, and serious chapter leaders have put out newsletters in their own schools. These publications have run the gamut of content, from info-documents to political statements, sometimes both and sometimes indistinguishable.

It got a lot more interesting about a decade ago, when Norm Scott started publishing Education Notes, a satirical and super-informative publication that morphed its way into our hearts and minds in various forms. It started out as a newsletter for his school, but I’ll bet that even in those early years, it was way more “out there” and sharp-shooting than what most of us have dared to circulate in our schools. He treats Brooklyn readers to doses of the same kind of stinging analyses in his bi-weekly column in the Wave. Too bad that’s not syndicated yet: it needs to be. 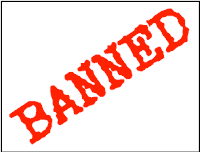 But what has always hampered individuals or oppositional groups from producing hard-copy publications in any great numbers has been the cost of these things and the impossibility of distributing them. Unity caucus, omnipotent as it is, only gives lip service to what doesn’t exist in our union at all: democracy. You can't use their copiers to produce your publications, you can't run oppositional meetings in UFT buildings, there’s censorship of critical comments on their website, and chapter leader training sessions don’t exactly advertise that there might be differences of opinion within the union.

Of course, the NY press (Post, Daily News, etc.) has also played a part in this milieu where teacher voices are not much heard. They’ve run rough-shod over the profession for years, and there’s not been much of a chance to fight back except for the occasional letter to the editor that some editorial board has gone out on a limb to actually publish.

In short: the prohibitive cost and enormous distribution problem meant that you could always speak up on ed issues if you wanted to, but getting your message heard was a whole other thing.

Enter Blogging, where at no cost whatsoever you can write under a pen name if you like, revise what you’ve written at any time, link to other people’s blogs, comment under a dozen other names (or anonymously), and even have conversations with yourself. A new era, a new world.

NYC Educator started blogging in May 2005 with a piece on “Bloomberg and Klein on Teacher Quality”. You can see from the first post, prescient and spot on as it was, the kind of quality we were going to get from this blog in the coming years:

But when push came to shove, Bloomy sent Klein to Albany to beg for the right to hire and retain those who failed the test! Underqualified teachers are paid less than NYS certified teachers.

Now many will say that certification alone does not ensure a good teacher, and I couldn't agree more. But failing that LAST test virtually guarantees a bad one. Why, then does Bloomy do this? He does for about 3,000 bucks per teacher.

I don’t know when Reality-Based Educator joined the effort over there, but what great stuff they’ve been putting out.

The Norm Scott phenomenon mentioned above turned itself into a blog in August 2006 with a statement typical of its tireless progenitor: “Coming soon (if I get out of the hammock)..." and a satiric picture-post of 3 engrossed cats called “An attentive class size of three.” (PS: he's just put up another cat on his blog a few minutes ago. That's weird.) We knew very well what we could continue to expect from this guy. Scott’s brain overflowed into other sites of his own imagination, Norm’s Notes and just today: EdnotesHumor. It’s about time someone thought of putting that stuff up.

The caucuses jumped in: ICE put up a blog in August 2005, its second post already stabbing at both the DOE and the UFT (the one for their incompetence, the other for their lack of foresight ... or incompetence):

As a side note the paras were rehired that September in one of the DOE's stunning display of disregard of its employees and managerial incompetence.

It is doubtful that you will hear anything about this case from official UFT sources even though it affected many members.

We must also remember that the “layoff” was only made possible when, in our previous contract, we gave up our no layoff clause. At the time our leadership argued that this was not a “giveback” since the possibility of layoffs was unimaginable.

Unity seems to have started blogging at the same time (you can find a link to their website on your own), TJC started theirs (I think) in Dec 2006. Other blogs followed, and more recently: loads of them. NYC Educator’s bloglist in the right margin is getting longer all the time. I myself began last September, battle-scarred as a chapter leader and having posted a comment or two for a couple of years on other websites. And when you’ve explored all these links, don’t forget the local Yahoo groups and websites, the national groups, and the fabulous Carnival of Education, which posts a new selection of current essays each week by teachers across the country. Neat-o.

I am proud to be part of this community of people who are willing to speak up.

I am proud that these sites are read by the press, government officials and ed administrators.

I am proud that we have created a new media.

Because we owe it to the kids we teach, to their parents, and to our own colleagues to present the insider’s, professional knowledge of what’s going on in our schools.

And because if we don’t do it, no one else is gonna.