The newest rotten tomato in town 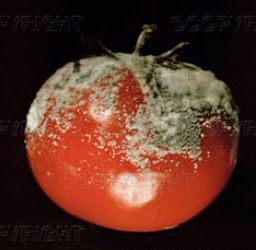 The new Rubber Room agreement is not all that. A primer on what's wrong with it begins and ends with this list, including most of the comments:

Norm Scott and TAGNYC (Ednotes, April 15, 2010): Watch for the Snarks and Boojums on Rubber Room Agreement

James Eterno (ICEblog, April 17, 2010): The Rubber Room Agreement: as usual DOE gets the better of the UFT

UPDATE:
Read Norm's take on Mulgrew's presentation at the DA yesterday over at Ednotes.

Entirely disappointing are the tone and content of jd2718's April 15th post — particularly where he says this is "the first pure win I have seen as a UFT member. I look for the flaws, the gaps, the secret trap-doors. There ain’t none here." Folksy, but untrue. Just check out all the comments coming into Chaz's post last Friday to see all the flaws, gaps and secret trap-doors the UFT has allowed while it goes about it's business not really protecting our rights.

(Parenthetically, I don't know why Chaz himself went so far out of his way to congratulate Mulgrew and crew. He admits to being suspicious of the "secret nature of the negotiations, a lack of participation by the elected leaders for the reassigned teachers (liaisons), the past actions of the DOE in ignoring the previous 'rubber room agreement,' the expansion of that awful and abusive 'probably cause' provision, and the DOE's failure to go after Administrators for 'false accusations.'" So why all the hoopla about the agreement being a "victory" and a "major win"?)

Since Kaufman, Scott, TAG, NYC I, and Eterno clarify the negative aspects so well, I'll focus on some of the wording. The full agreement is downloadable here as a PDF. The version on the Public Personnel Law site is easier to search and quote from.


The ambiguities of what constitutes misconduct are not clarified any more in this agreement than in the Art.21.G.6 of the contract, to which it refers. In that document, "sexual misconduct" shall include, but is not confined to:

“ . . . the following conduct involving a student or a minor who is not a student: sexual touching, serious or repeated verbal abuse (as defined in Chancellor's Regulations) of a sexual nature, action that could reasonably be interpreted a soliciting a sexual relationship, possession or use of illegal child pornography, and/or actions that would constitute criminal conduct under Article 130 of the Penal Law against a student or minor who is not a student.”

This agreement says that you can have 3020-a charges leveled against you for 60 days once you've been reassigned or suspended, except in cases where you've been removed because of criminal charges or an allegation of sexual or financial misconduct, assault, or tampering of a witness or evidence now under investigation. Truth is that ambiguous wording and/or investigations, hearsay, administrator distortions or administrator tampering with evidence, statements and witnesses (we’ve heard so much about cases of this) – can still all be used to keep you from your job for extended lengths of time.


In the following clause, the fact that the UFT can ask to review the number of these extended cases sounds exactly like the failed paperwork clause in the 2006 contract (Art. 8.I). We’re swamped, and they've forgotten their obligation to get us some relief with this stuff.

“At the end of the first year of this Agreement, and in subsequent years if requested by the UFT, the DOE and the UFT will meet to review the issue of investigations and reassignments extending beyond 60 days and, if there has been a significant increase in the number of such investigations and reassignments, to negotiate ways to address this issue."

In cases of misconduct (as opposed to pedagogy):

“. . . should the DOE not prefer 3020-a charges within 60 days, the employee shall be returned to his/her prior assignment. If an employee is returned to his/her prior assignment, adverse action shall not be taken against the employee solely because of the reassignment. If 3020-a charges are preferred subsequent to the expiration of the 60 day period, the employee may then again be reassigned to an Administrative Office Assignment or an Administrative School Assignment . . .”

I don't really see the purpose of a 60-day limit if they're allowing you to be charged after the 60 days (see sentence 3 above). As to the second sentence, how did the UFT let the DoE con them into that bit about no “adverse action” shall be taken against a reinstated employee. Bad administrators do adverse actions against anyone they want at any time — charges or no charges. There's no check on the unbridled malice and arrogance of some of our administrators, particularly some of the new ones who have got their spurs through the Leadership Academy. And with the gutted grievance system the UFT bought into last contract, there's so little protection left.

Sequential charging and all that business about no adverse actions is the same for incompetence cases, except they've been given 10 days to file charges instead of 60.


Regarding Service of Charges:

“. . . service of notice of the nature of the charges and the actual charges shall be consolidated and served together upon an employee along with specifications and, in incompetence cases, a bill of particulars.”

I can see this helping in those few cases where people have sat in the RRs for weeks and months without knowing the charges against them, but correct me if I’m wrong: I think most people learn fairly soon why they’re being removed from their jobs, so this clause is mostly a big yawn.


Under Timeframe for Hearings, the agreement talks about "limited extensions" for "extraordinary circumstances," but the clause does not say who does the determining that these are warranted, nor what kinds of circumstances might be grounds for extension.

People have written elsewhere on the ambiguous nature of “probable cause.” And I really don’t know enough about these areas of presumed or actual criminality to comment. One can only hope that members are not charged for crimes they did not commit.


As is pointed out on the ICE blog, "the DOE will have sixty days after removing someone from a school to charge them, or put them back in school and charge them later, but UFT members only get 15 days to respond (I have been told we don’t even get a NYSUT lawyer until we are charged)."

"Within 10 - 15 days of DOE's receipt of the request for a hearing from an employee charged under Education Law §3020-a, a pre-hearing conference shall be held."

This clause is altogether vague, in that "good and sufficient cause" is not clearly defined. But, if mutual agreement is involved, it is bound to be a place where deals can be cut, deals that may have little or nothing to do with the case at hand:

“Pursuant to CBA Article 21, a hearing officer my be removed prior to the end of his or her one-year term only for good and sufficient cause, which may include failure to comply with this Agreement, upon mutual agreement of the UFT and DOE.”

The word “should” is obviously ambiguous in this next clause, and the phrase “to the maximum extent possible” leaves a lot of wiggle room. The statement is therefore hardly worth the paper it’s written on,

“Disputes relating to document production, witness lists and other procedural issues often consume hearing time and should be dealt with to the maximum extent possible in the pre-hearing conference.

and neither are these in the list on pages 5 and 6:

" . . . to the extent practicable, hearing days shall be fully utilized . . .”
“ . . . Attorneys shall not meet with others . . . for longer than 20 minutes, except in unusual circumstances”
“ . . . Hearing Officers shall ensure that cross-examination is not used by either party as a dilatory tactic . . .”

(Where there’s a will there’s a way. These people can work towards anything they want, delays included.)

“Evidence shall be limited to relevant matters.”

If the DOE finds it inconvenient to produce what you’re asking for in a timely fashion, the clock doesn’t stop:

and I don't understand why not.


Equally disturbing is that if the DoE wants to expedite your case, the member no longer has a say, as they did in Art.21.G.3 of the contract. I think that removal of a former right cannot be a good thing, and I don't have enough expertise to know why the UFT gave it up.

“If the DOE decides not to seek a penalty of more than a suspension of 4 weeks or an equivalent fine, the case shall be heard under the expedited procedures . . . without the need for the employee to accept an offer of expedited arbitration.”

As has been said so well in many of the comments on the blogs, adhering to timelines might really interfere with due process and your ability to defend yourself adequately. Here's where the agreement pushes hearing officers to keep it moving:

“The Chancellor and the President will urge the hearing officers to strictly control the hearings and require all parties to the hearing to conform to the timelines provided herein.”