WMDs at the Board of Education

If anyone thinks that experienced educators – which includes administrators, principals, classroom teachers and service providers – believe for one minute that the new grading system for schools is anything less than another Weapon of Mass Destruction, they’re delusional. 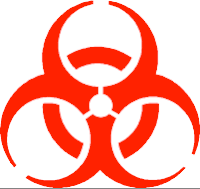 You cannot CALL yourself an educator and spend a career getting better at what you do without caring deeply about kids and their academic, physical, and sociological environments.

The only people who can throw a school system into chaos with such bravado and seeming lack of genuine respect for the people they service and the people they employ are men and women who do not come up through it.

Michael Bloomberg and Joel Klein use public office to position themselves politically and economically. Students, parents, and staff are so many pieces on a board, and when this game’s over and all the pieces are fallen, they’ll just walk away. There are plenty of other games to get involved in with in their circles.

Show us one way that these people actually care. Here is a short list of their weapons, for mass destruction or otherwise:

We suspect that everyone at the highest levels of this administration knows what’s going on and won’t speak up. Their jobs depend on their silence as much as anyone else’s all along the chain of command, from the untenured teacher to the principal to the superintendents. At some point it is going to be too hard to stomach and too hard to stifle.

We shouldn’t be surprised how dire this situation is now, because we were being warned all along. What we could not have envisioned is the extent to which corporate America has been able to destroy education for a generation of children in this city and elsewhere and undermine the values of professional educators.

Here are a few reminders about what the Times has written about Klein and his appointees.

On July 30, 2002, Jennifer Steinhauer reported Klein would need a waiver to take the job:

Although a news release on Mr. Klein described him as possessing “considerable experience in the field of education,” this experience seems to have been limited to studying education for a bit and teaching math to sixth graders at a public school ...

Because Mr. Klein lacks the professional education credentials required by state law, he will need a waiver from the state education commissioner, Richard P. Mills, before taking his post.

In an editorial on the same day, the Times editorial page said Klein would have to assure the state education commissioner and the Board of Regents that he would be

.... surrounded by top-flight educators. His second in command should have the knowledge and experience in education that the new chancellor lacks.

That would be Diana Lam, and more below on her.

On July 31 Steinhauer reported on what Bloomberg thought he was getting in a non-educator chancellor:

A former prosecutor with few education credentials may seem to be a surprising, if not odd, choice as the New York City schools chancellor. But the pick was business as usual for Mayor Michael R. Bloomberg ...

Mr. Klein is an outsider unencumbered by prior alliances in New York City's political world, a man whose previous role in municipal government was limited to a short stint as a public school teacher.

And by several accounts, Mr. Klein shares Mr. Bloomberg's desire to build a fiercely loyal team and then let underlings take the credit [or blame] for most successes [or failures].

... it is clear from Mr. Bloomberg's remarks and from those around him that the mayor was most personally comfortable with Mr. Klein. Often, clicking with Mr. Bloomberg over a hot dog is more important than a résumé.

''He wanted the person that he was comfortable with,'' Mr. Walcott said...

While many experts had expected the mayor to appoint someone who ran a school system elsewhere, his aides said that he was more interested in finding someone who had fought big battles in disparate industries ...

Like Mr. Bloomberg, who brags about being fired from a Wall Street firm only to start his own company, Mr. Klein has often sailed against the tide in his world...

''It's a lot easier if you're the head of an agency to enter into a settlement and have everybody think you're reasonable than it is to hang in there and get a result that you think is right,'' said one former Justice Department official. ''Joel stood up in the face of that and didn't blink.'” ...

The waiver was granted, as James Devitt reports in the Columbia News (August 5, 2002):

Klein will become the first Schools Chancellor appointed under the new school governance legislation, which gives the Mayor control of New York City's 1.1 million-student public school system. Like the Police and Fire Commissioners, Klein will report directly to the Mayor. On August 1, Klein received a waiver from State Education Commissioner Richard Mills to take the post.

New York State requires school superintendents to have at least three years of teaching experience and graduate work in school administration, including an internship or similar experience. However, since 1970, the state's education commissioner has been allowed to waive these requirements for "exceptionally qualified persons" who have "training and experience" that are the "substantial equivalent" of the formal requirements. Mills' decision was backed by an 8-3 vote of an advisory panel approving the waiver.

And according to Bob Herbert (March 22, 2004), Klein did, I guess, surround himself with “top-flight” educators. The deputy chancellor he appointed gave new meaning to the word “flight”:

Since Mr. Klein did not have a background in education (he was given a state waiver to hold the chancellor's post), his choice of a deputy chancellor [Diana Lam] to oversee instruction was considered crucial ...

Ms. Lam was forced to resign two weeks ago...

Robert Kolker of New York Magazine wrote about the Lam affair this week describing the process that brought her to New York: “Klein had hired her to be a change agent, offering her the job after just a few meetings not because of her educational philosophy but because they clicked. ‘I liked her style,’ he told me last year. Did he know anything about the educational programs she used? ‘No,’ he admitted.”....

But Ms. Farina certainly knew that the remarkable gains made at P.S. 172 long predated the introduction of Month-by-Month Phonics, but rather took place during the time the school was using “Open Court,” a phonics-heavy reading program much despised by whole-language enthusiasts. Ms. Farina became a key participant in this deception...

In the wake of the Diana Lam scandal, the least the public and the children are entitled to from the Department of Education is full honesty and candor. By selecting someone who was an active participant, along with Ms. Lam, in the deceptions surrounding the curriculum scandal, the exact wrong message would be sent at this most critical moment.

It is up to Mr. Bloomberg to restore accountability and honesty to the system now. The public appreciates decisive action, even if it means admitting past missteps.

There has been more of this, with Deputy Chancellor Christopher Cerf's conflict of interest problems going under investigation (as reported in the Post on March 5, 2007):

City investigators have launched a probe into recent financial dealings of Deputy Schools Chancellor Chris Cerf, the former president of Edison Schools Inc. who hastily dumped his equity stake in the company last month, The Post has learned.

Sources with knowledge of the inquiry said investigators are examining whether Cerf's holding on to Edison stock after he was named deputy chancellor in December, and while a paid consultant of the department last year, was a conflict of interest.

How incredibly naive we were just a couple of years ago to think that it was in Bloomberg's nature to "restore accountability and honesty," as Wolf says. We need outrage and courage to turn this whole thing back and rebuild what's left of the system. Schools are only businesses in the sense that they manage money. They should not be mucked up by the degenerate values of corporate climbers, whose singular goal is to blast public education to smithereens.