The public option was viable ten years ago when the fight was on to get universal coverage, and since then Congress hasn't done anything to control costs. That's why ex-health insurance insider Wendell Potter says we're living with a healthcare system that can no longer work.

Potter appeared on a recent Joy Reid podcast (starting at 15:30), where Reid broke down healthcare insurance this way:

Those who get coverage through their job — employers pay some of the cost of premiums, and

Those who don’t — you’re on your own for the whole thing. 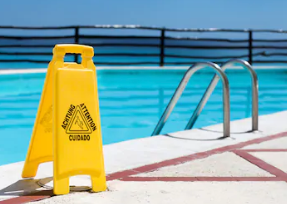 The fundamental concept of all insurance is the larger the “risk pool,” the more predictable and stable the premiums can be.

But, even when lots of people are insured by sprawling companies, the pool for each one of these is still much smaller than Medicare’s. That social program puts all 43,000,000 seniors into one super large group, then administers the payments. These two factors mean lower costs for everyone in the pool, which is why seniors would never think of giving up Medicare.

The M-4-All legislation backed by Sanders and Warren aims to create one big mega-pool for the whole country. The reason why it’s taking so long to catch on is that the for-profit health industry has been mounting a massive campaign to protect its gains. Fearmongering makes people queasy about changing a system they’re used to.

In a recent article in NBC’s Think, Potter talks about the propaganda being put out against the M-4-All bills, saying:


“ ... the industry strategy has been more effective in manipulating journalists and pollsters than I could have ever predicted. I feel compelled to speak up and help set the record straight when so many politicians and journalists are using talking points that come straight from health insurance central casting scripts.”

Potter enumerates four lies promulgated by the PR groups running the industry’s campaign (the Partnership for America’s Health Care Future in particular) to create a sense of national apprehension for anything that smacks of single-payer.

1. Free market can work in health care — yet free market depends on price transparency, which (Potter notes) is largely nonexistent in healthcare. Plus, people don’t always get the chance to decide on what procedures they’re going to get.

2. Reforms mean a government takeover — yet under the proposed tax structure of M-4-All, providers would still be working for themselves. Single-payer would be publicly financed, privately delivered.

3. It would be “one-size-fits-all” healthcare — yet the new legislation creates more options for everyone (e.g., no networks, no referrals, helps more hospitals stay open).

4. It would be too expensive and too disruptive — yet we spend more on health than any other country because of the high admin costs, because the law created boondoggles like Medicare not being able to negotiate drug prices and the infamous donut hole, and because people have to go through hoops to get access to benefits and drugs.


One has to keep asking:
Why is it so important for our union’s leadership to bolster the notion that healthcare is purchasable commodity rather than a social amenity paid for by taxes?
Why do they advocate proposals that back fractionated risk pools instead of embracing one enormous, cost-saving group?
Why don’t they support real cost-control legislation or anything that would make services and products more accessible?

I've already written on how some unions have signed on to M-4-All, which is a transformative piece of tax legislation. Unfortunately, our union continues to support positions that are truly harmful to so many people. The UFT/NYSUT/AFT combo is often more aligned with Wall Street and Conservative think tanks than we'd like.

They’d serve us much better if they’d start COUNTERING what’s coming from the corpocracy by calling out its propaganda. We’re not going to get universal healthcare, better choices or lower prices by regurgitated platitudes spewed out from a tired old armchair on the sidelines. That just stinks of status quo — a position that Weingarten and the rest of them seem more than willing to just curl up and die for.