A parenthetical update on teaching music 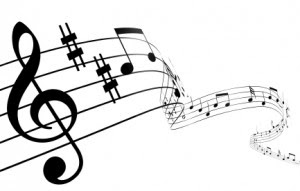 I say “parenthetical” because as I’m retired, I’m not focusing much on the plight of music teachers. Single-payer healthcare is my current theater of operations.

And I say “update” because I checked through the contracts that have been ratified since I left teaching to see if anything has changed vis-à-vis the workload of HS music teachers. I found to my dismay, but not to my surprise, that our contract on this particular issue is the same.

The size of required music classes in the high schools shall be determined on the basis of a maximum of
50 pupils for each teacher, except as specified in 3. below.

[Exceptions listed in 3. below have to do with there not being enough space to reduce class size, as well as conformity to class size would mean a shorter time schedule or half classes and larger sizes might be desirable under special circumstances (e.g., specialized/experimental/IGC instructions).]


I also scrolled through a .pdf of the current memorandum and found nothing different about music.

So, I am here re-posting my September 2009 letter to Mike Mendel (down below the line), and also drawing your attention to these two other pieces of colorful commentary on teaching music in New York City from earlier that year: 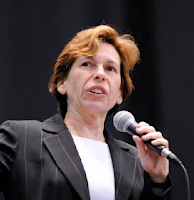 Focuses on what is plain warehousing music in a NYC high school, and how when I brought these points up at a Delegate Assembly, Ms. Weingarten said at the mic that she would see if they could arrange some “non-contractual relief.”

NYC Educator wrote in a comment: “I taught music for a while. As a non-music teacher, I taught this survey of music course that no kid really wanted to take. With 50 kids in a class, grading was an unbelievable chore. That’s one rough job....” Additional descriptive comments from other music teachers also worth noting.

“The person with the most seniority gets the job“ (February 22nd)


Describes what happened when they put me, a chorus/general music teacher, into the school’s only Band position, actually displacing the teacher who really knew what he was doing with moi, who knew absolutely nothing about blowing into a tube of metal or banging on a piece of Mylar. 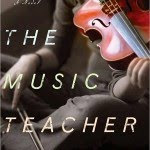 I just found an email I wrote to UFT exec Mike Mendel in September of 2009 about being a music teacher.

Clearly nobody at the UFT responsible for negotiating the contract has ever understood the overload: there’s way too much disparity between those who teach general-ed-type subjects to a class of 50 students and those who service a mere 34.

Of course, the points I made to Mendel a couple of years ago only apply when you work a full music program, not when your school cuts music and makes you teach out of license most of the day.

Here’s what I wrote him:

I meant to write you earlier, but the overload is enormous.

HS Music teachers can be given 50 kids per class. Of course they all do not show up each and every period, but some things are constant:


1. You have to take attendance on a weekly bubble sheet IN ADDITION to keeping your own attendance records. This usually involves Delaney cards because you can’t memorize so many kids (250) without a seating plan. [editorial comment: you do get to know all the names, sometime in October]

2. If one of these classes is your “homeroom”, which requires a daily attendance sheet, that’s a third attendance effort.

3. These lists are complicated because they have to be accurate, and you can’t do it quickly. Let’s say you turn over the Delaney cards to save time. You still have to do the bubbling in your lunch or prep for 250 names per day. And they’re not just absent or present. They can be late. They can also be late halfway through the period, which means you have to go back and annotate those too.

4. Talking about differentiation: you get in the same class: grades 9-12, spec. ed (learning disabled plus behaviorally challenged), regular ed, self-contained class members (their IEPs allow them to be mainstreamed for the electives), hearing impaired, and ELLs.

5. Absenteeism is erratic. There is little consistency, so some kids are up to date with the work, and lots and lots of others are missing a day here or there each week.

6. Grading: if you care about your job, you give classwork, and it needs to be graded. Grading so many kids is a nightmare.

7. Report cards are another nightmare, because even if they don’t show, they all have to get a grade and a comment. This can only be done on a PC, not a Mac, and many music teachers use Macs at home because it was traditionally the best computer for music and art.

8. When they ask us to CALL HOME for every single person absent, try doing that kind of volume. It’s only possible to do this on your lunch hour and in your prep. You should not have to do this kind of work at home or on your own time, but one is forced to under these conditions.

9. Now they’re asking for PROGRESS REPORTS: they have to be done on a computer for each and every one of the 250 students, even if they aren’t coming to school.

10. This leaves no time whatsoever for lesson planning, collaborating with other teachers, fixing your room, making your music tapes and/or class materials. It all has to be done on your own time — which is normal for teachers, but so very much more for us.

11. On top of this you get a Circular 6 duty taking up a period.


Please can you to do something about this terrible disparity. A spec. ed teacher or a RR teacher has 14 kids max each period, gen ed has 34, and we have 50 — that’s half again the reg ed class. But admin makes no exceptions in the obligations we must fulfill as subject teachers.

Failing a contractual class size change, please can you get someone to say that Music teachers with these numbers should be given NO other circ. 6R duty other than to finish up the attendance, calling home, grading, and school marks.

The remarks above are for GENERAL MUSIC and small music classes like Keyboard. They are not for CHORUS, BAND or ORCHESTRA, which are “performance” groups and many music teachers want as large a group as they can get for better sound. I was most happy in MS with a performance group of 80 or 90 (though I rehearsed them in groups of 32 or so, as well as some lunchtime kids 3 times a week, then combined them all for concerts).

I brought this up two or three years ago at a DA. RW’s response was to see if there could be some “non-contractual relief.”


His response: “I’m going to push this.”

Good luck, you guys. I threw in the towel a month ago and am on terminal leave.