What will happen to that union health insurance we (supposedly) love? 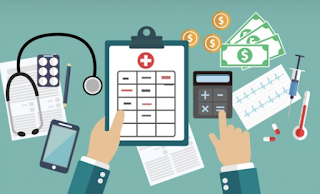 Just so everyone is clear on how Sanders envisions the transition from union plans to Medicare for All, I heard him say this somewhere or other, but found it now in print.

Under Sanders’ new plan, companies with union-negotiated health care coverage would have to renegotiate their workers’ contracts. The National Labor Relations Board would oversee and enforce the negotiations once Medicare for All becomes law. Any resulting health care savings from the single-payer system would be required to be returned to workers in the form of higher wages or more generous benefits.

Workers who don't belong to unions wouldn't qualify for that treatment.

Essentially, then, nothing in the original bill is changed, but the broad 1,900-word labor union proposals Sanders unveiled in August include some requirements for the 4-year transition period to Medicare for All.

Politico does allude to some of the criticism for these (for example, Bernie's backtracking) and of course the commensurate response from his campaign (bull sh*t).

I know, I know, talk is cheap. But, at least the issue is being addressed by at least one of the candidates.

And there's no denying that retirees have a certain, should we say, fondness for union-negotiated plans that contain goodies like Part B (+IRMAA) and SHIP reimbursements, perks that are really important to people who no longer pull salaries.

The NLRB will surely have to work overtime to make sure these kinds of amounts don't just disappear in any re-negotiated pay packages.