More on our disingenuous, tone-deaf leadership 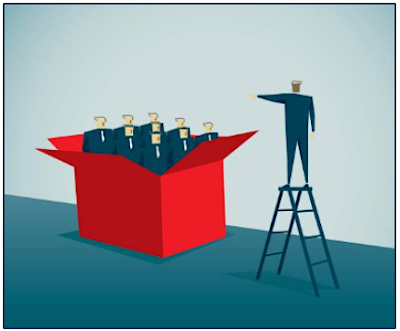 Just how under-consulted and super-manipulated the rank-and-file members of our union have been for decades is really old news. Once leadership (a Weingarten or a Mulgrew) decides what positions to take or whom to back politically, they call up their well-oiled machine to manipulate any real dissent out of the way. A rigged UFT constitution helps, too.

I was unaware when I started putting this post together that Norm was also writing about the union's "democratic" process over on Ednotes, of course with a depth and insights that I'll never even begin to have.

But that won't stop me from complaining that as members of a huge union, we don't much get to vote on some things that really matter to us, like class size, standardized testing, autonomy in the classroom, and yes, political endorsements.

Which means that the clout of our collective voice gets aimed where we don't necessarily want it to go. For example, to bolster up a corrupt, for-profit health care industry.

I want to go back to Raina Lipsitz's article in the Nation last May on the push for single-payer in NYS. Bills had passed the Assembly in four consecutive sessions (A.5248 the latest), looked promising for the new blue Senate after the 2018 election (S.3577), lost some co-sponsors subsequently, and are still stuck in committee in both houses.

According to Ms Lipsitz, the union held no city-wide discussions on the issue of single-payer (I take her word for it, I was already retired), and that "Mulgrew acknowledged in a phone call that individual member concerns about single-payer have 'not come up much at meetings.'" That may be true. Individual members have coverage, and you'd have to be a really committed activist to push for single-payer at the state level when you're teaching full out every day and there are so many other issues critical to your classroom life worth fighting for.

But what she reports next gets at the essence of what bugs me about our leadership:


Asked whether UFT members voted to oppose the bill, Mulgrew said the Municipal Labor Committee decided to send an opposition letter, and he was elected to serve on the committee. “You’re an elected rep from your union,” he said. “If you had to, every time you were asked to vote or to give your opinion, stop and go back to your union, you’d never get any of that work done.”

More than his not consulting with the rank and file or putting it to a vote, his flippant remark nowhere matched the gravity of such an important issue. Single-payer health care is not like asking if 10 a.m. is too early for a first lunch period or if teachers should get hall duty.

Our union could be a powerful force to make single-payer a reality in NYS, if not nationally. The stranglehold of the health care industry and greed of its executives affects the lives of people we know: our relatives, our friends, our neighbors.