"Lobbying on Medicare for All Skyrockets" 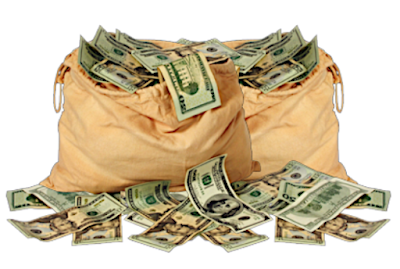 That's the lead article in the current issue of Public Citizen claims. It seems to be a print version of Craig Sandler's report "Fever Pitch: Surge in opposition lobbying and advocacy validates the credibility of the Medicare for All movement," summarized and made available for download late last June.

The growing support for "single-payer" health care brings both good and bad news.

Good, because people are starting to pressure lawmakers into doing something about the for-profit, mostly superfluous structures of insurance companies and the downright greed of their upper management.
And bad, because ...


Major opponents, including Big Pharma and for-profit insurers, now view Medicare for All as a legitimate threat.

Running these middlemen out of town is bound to be a generational uphill slog.

According to the Sandler report, the total number of lobbyists working on Medicare for All in Washington, both for and against it, went up almost ten-fold from 2018 to 2019. Of the 270 lobbyists counted earlier this year, an overwhelming number were "hardline opponents" of single-payer.

Big Pharma, hospitals and insurance companies pouring money into attacking what amounts to a huge new social program is bad enough, but the way they do it is even worse — through fear-mongering and disinformation campaigns. They publish misleading articles, op-eds and books, megaphone bogus research, avoid peer view, and get endorsements from elected officials and other well-known people who, honestly, don't do deep dives into this stuff on their own.

The details are difficult, and they're not fully worked out. That's been the case with any humongous social program a country tries to install. For example, we entered the 1930s as the only modern industrialized country in the world without a national system of social security. The first version of the Social Security Act became law in 1935. Amendments were added in 1938, 1944, 1946, 1950, and 1954 before they got around to adding Medicare and Medicaid into it in the 1965 version (as Titles 18 and 19).

And then it took many decades to build Medicare into the comprehensive social program it is today.  In 1965, it didn't have physical, speech or occupational therapy, chiropractics, or hospice. Part D was proposed in 1999, enacted in 2003, and went into effect in 2006. It still doesn't have long-term care, hearing aids, crowns, eyeglasses, and yes, incontinence pads — all items seniors need. They're part of the life cycle, and I can't wait til Part E, F, G, H, and I get built to make these cheaper.

Not easy establishing a large social system, and always generational.

This country can do it, we've done it before. But this time round we've got to fight extra hard because the system is awash in corporations-are-people kinds of influence and corrupt governments.